Amsterdam has room for another 2.1 million bicycle racks 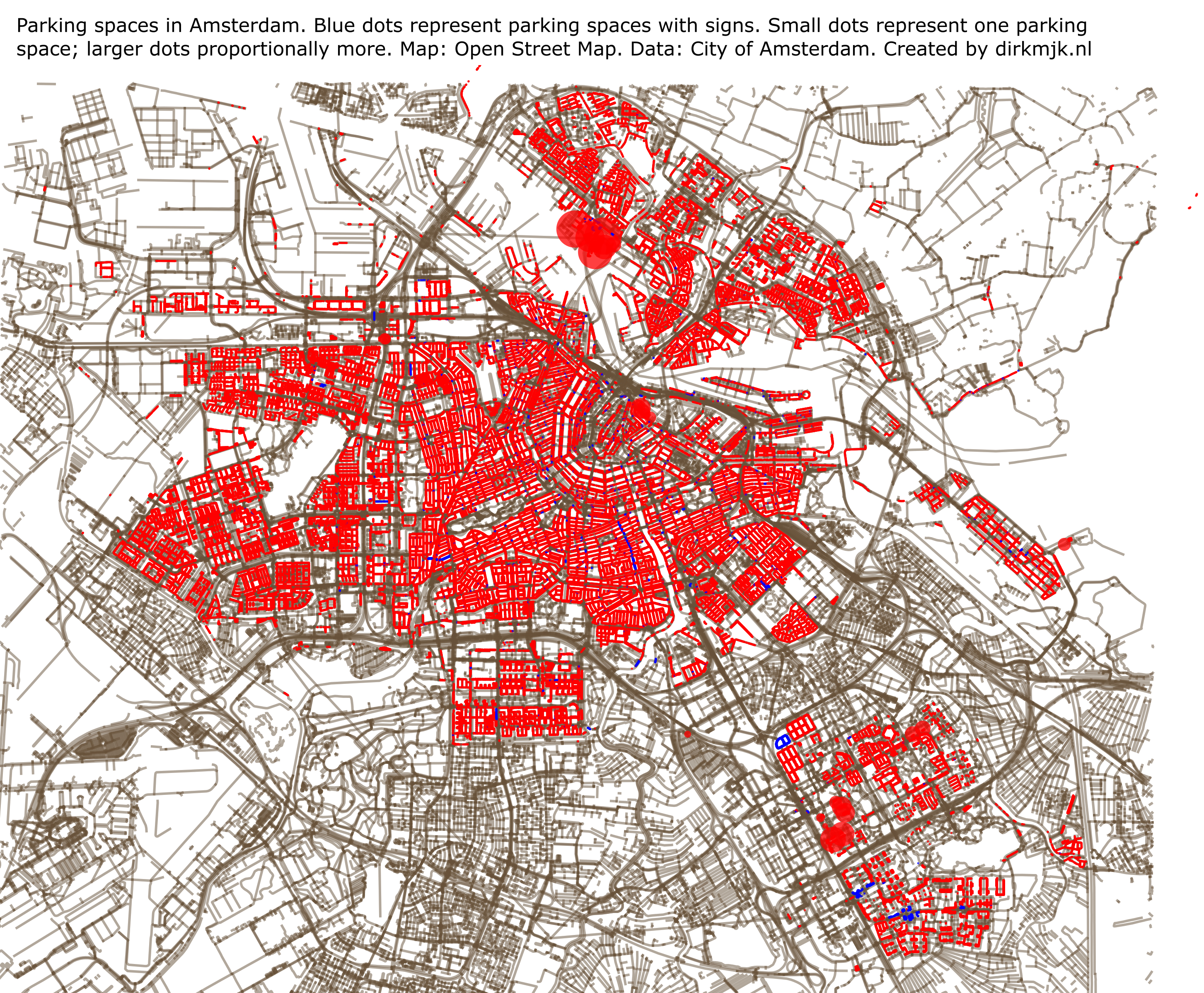 Amsterdam has a persistent shortage of bicycle racks. Bicycle professor Marco te Brömmelstroet argues that this is really a matter of making choices: the space occupied by four parked cars could easily accommodate 30 bicycle racks.

Amsterdam is a compact city where space is limited. An important goal of the city administration is to create more room for pedestrians and cyclists, but also for green areas.

It so happens that the city of Amsterdam has recently published open data on on-street parking spaces. The data confirms what we already knew: parking spaces for cars occupy a huge amount of public space. The streets of Amsterdam are littered with as many as 265,225 parking spaces. If you exclude the ones with signs (spaces for charging car batteries; car sharing; etcetera), there are still 260,834 of them.

Assuming that each of them could accomodate at least 8 bicycle racks, there’s room for another 2.1 million bicycle racks. Now you probably wouldn’t want to remove all parking spaces and replace them with bicycle racks, but it does illustrate some of the choices that are available regarding the use of public space.

The open data on on-street parking spaces is available in WFS format which is meant for creating maps but can also be used for downloading data - here’s a Python script that will do the job. I set the location of the parking spaces to the centre of the surrounding envelope.

I would have liked to display the data on an interactive map using Leaflet and D3js, but I’m afraid the quarter million data points would crash the browser. Instead I used OSM map data in combination with Qgis to display the parking spaces. Unfortunately, this means you can’t zoom in.

Update 3 July 2016 - The city of Nijmegen reckons it can fit as many as 10 bicycle racks on a parking space.
Update 31 January 2017 - And the city of New York needs about nine parking spaces to accomodate 69 city bikes.
And a follow-up (in Dutch).